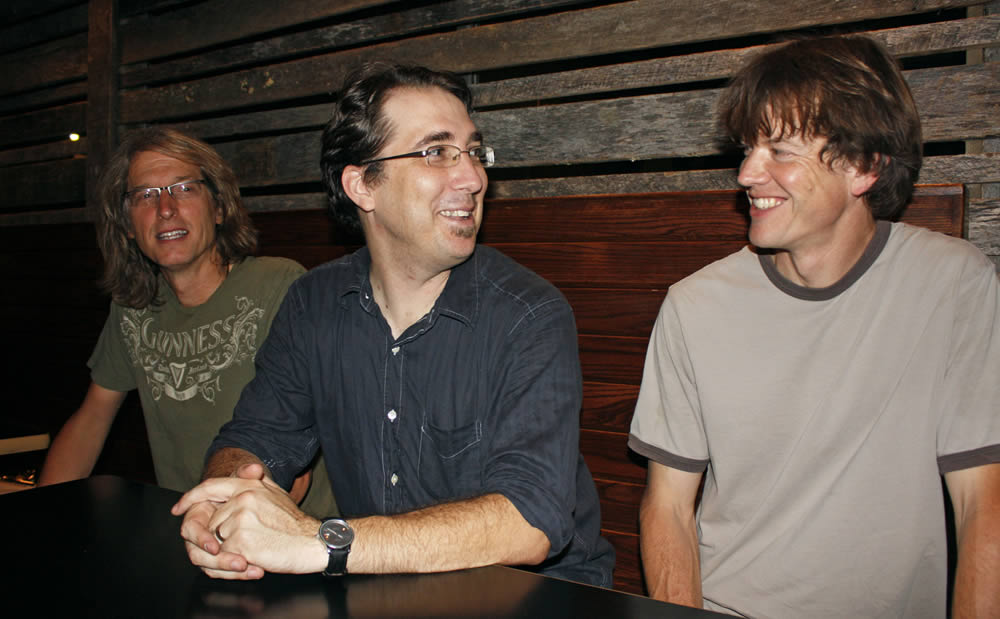 I was first introduced to Mike Strauss back in the early part of the 2000s. Back then, he was the lead guitarist in a six-piece band called The Dickens. Mike wasn’t a flashy player, nor was he supposed to be. In this musical configuration, he played his role perfectly.

Around this same time, Mike began to take more of a leadership role in other bands in the Charlotte area. He formed a band called The Beat Dukes as well as also started playing with two others in town performing under name Lilley, Strauss, and Schigoda.

But then in 2003, something changed – Mike went solo. He released his debut album, Gone Electric. As a result, his profile within the local music community was elevated. And as more people heard his album, he began to assert himself as a not just a role player in the Charlotte music scene, but as a major player in town. And he hasn’t slowed since that time. Mike has continued to write and record music. But in the last few years, Mike has really embraced the concept of a band again. In fact, his last two albums have been released under the banner of the Mike Strauss Band.

And as I write this today, Mike has a total of seven members in his band, including himself.

Songwriting can seem like a solitary process at times, but I get the sense that putting songs together with other like-minded individuals is where the magic happens. Why else would one add six members to his/her band?

Can you imagine the logistical and personality issues one would have to juggle with that many people working together? But for Mike, it works. Mike has this innate ability to craft, create, and arrange the songs he writes. One listen to his latest release, Crooked Road, and you will hear horns, fiddles, and my favorite instrument, the lap steel guitar.

It seems Mike has all of the pieces in place for his band. And the funny thing is, he never set out to find a full band. It just happened organically. Sometimes life hands us a wave we weren’t planning to catch. Sounds like to me this is a wave Mike Strauss and the members of his band plan to ride as long as they can.

The Mike Strauss Trio will be performing a free concert at the main branch of the Gaston County Public Library on Thursday, March 29 at 7:00 p.m. For more information on Mike Strauss and to hear audio samples of his music, visit him online at MikeStrauss.net.