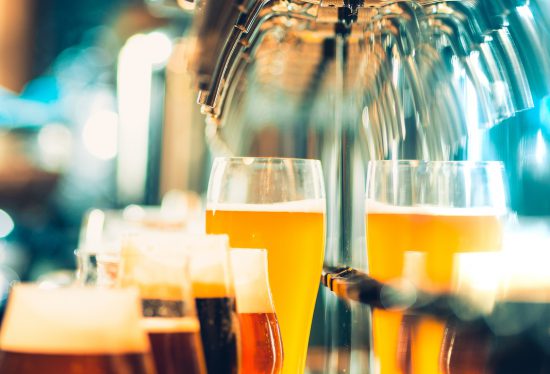 Unless you have been living under a rock, you have noticed the proliferation of craft breweries and distilleries in recent years. Gaston County has been a little slow to join the movement in a major way, but now several breweries and a distillery have opened and are going gangbusters.

Prohibition lasted in the United States from 1920 until 1933. Fortunately, laws and attitudes have changed since then. It is now legal for breweries and distilleries to operate and sell product- with the appropriate state and federal permits, and growth has been tremendous. According to industry insiders, since 2017 the volume of the market is growing faster than the number of distillers.

Here are some of our local breweries and distilleries:

Cardinal Gin– started in 2010 by brothers Alex and Charley Mauney, is actually located in Kings Mountain. Beginning with a 3000 foot section of their families’ old hosiery mill (which still reads Mauney Cotton Co, Inc.) they have since expanded to 13,000 feet. Forget the “tastes like pine needles gin” that you may be used to. Cardinal Gin has a decidedly floral taste, attributable to the eleven botanicals that make up recipe. They also offer a bourbon and a rye, with all of the corn and rye grown in Cleveland County.

Cavendish Brewing Company is located at 207 North Chester Street in Gastonia in what used to be a car dealership. Started by mechanical engineer turned brewer Scott Cavendish in 2017, Cavendish is hard to miss with its’ bright red paint and eclectic interior. Winner of a 2017 NC Brewers Cup Gold Medal, they have 7 “Core” beers and 3 seasonal beers on tap.

Muddy River Distillery – started by Robbie and Caroline Delaney in an old Belmont mill that borders the Catawba River, they claim that “we make the best rum you’ve ever tasted by using premium ingredients, handcrafted recipes, and custom built stills.” A true craft distillery, they now offer Silver Carolina Rum, Queen Charlotte’s Reserve, Coconut Carolina Rum, and Spiced Carolina Rum. They offer tours and tastings on Saturday afternoons. See their website for recipes for their products.

Enjoying the list? Get online exclusives plus articles from the print magazine every Tuesday

York Chester Brewing Company– located in the same Riverside Complex as Muddy River, York Chester is a tiny brewery occupying just 600 feet in what used to be the Spectrum Yarn Mill. Their products include Berry Me at Sea Strawberry Gose, Hoppy birthday West Coast IPA, Dance With the Dead Vanilla Porter, 533 Hoolligan NE IPA, and Las Oscuridad Mexican Stout. You can also find their products at Grape & Barley in Gastonia and The Pita Wheel in Dallas.

Cooking With The Glenns