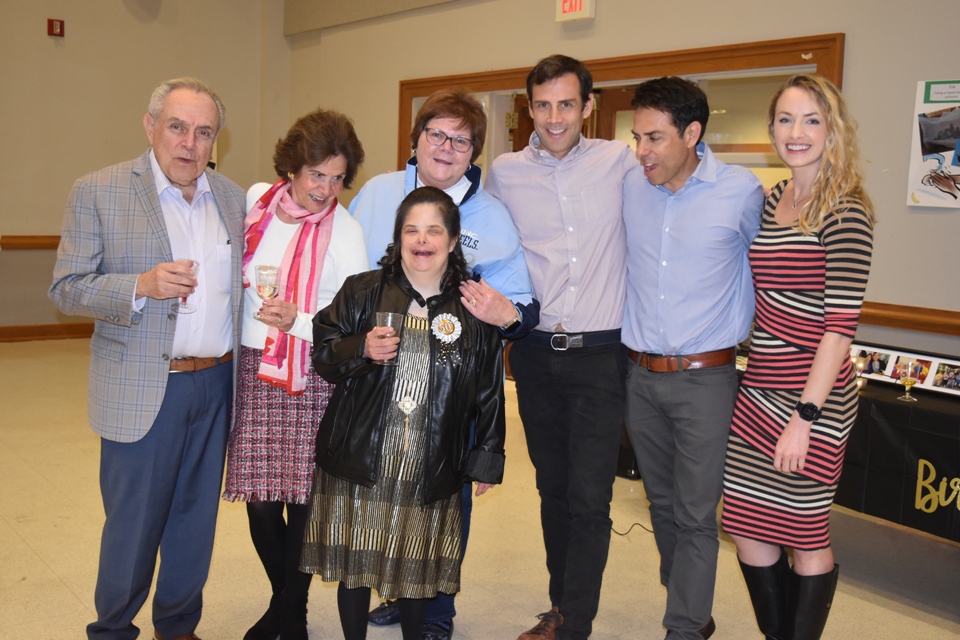 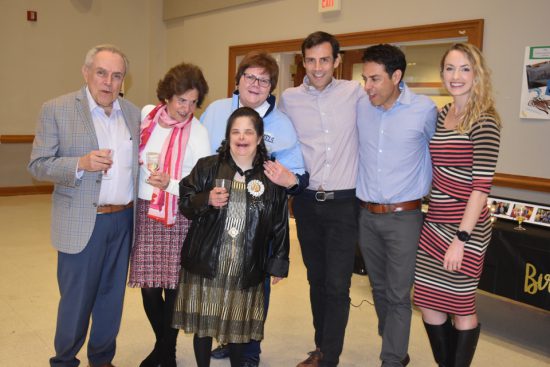 A 50th birthday party celebration looks about like what you’d think it would. Friends and family all gathered in one place. Balloons and decorations as far as the eye can see. Fifty years worth of photos scattered nicely throughout the room.

But the 50th birthday party celebration that I attended last month was just a little bit different. For one thing, instead of serving traditional ice cream and birthday cake, they handed out Rice Krispie treats on a stick. They even rolled out a red carpet for the Guest of Honor to make a grand entrance.

But above all that, the Guest of Honor that day, the woman celebrating her 50th year on the planet, wasn’t even supposed to be there. That is, if you had asked some of her doctors when she was born. 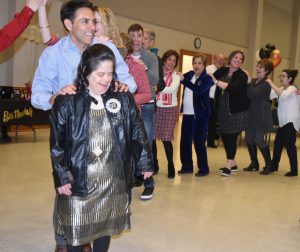 The thing is, no one asked Martha. She had other plans. She always has.

That’s because Martha is a living miracle. And she just so happens to live at a place where miracles happen every day. That place is Holy Angels – a residential facility located in Belmont that specializes in round-the-clock care for those with special needs and delicate medical conditions.

The miracle that is Martha came into this world on February 11, 1969. She was diagnosed with Down syndrome immediately after she was born. On top of this unexpected diagnosis, her parents also came to learn that she had a severe heart condition, one that was inoperable to correct or fix at that time. As a result, doctors only gave her a few years to live.

It wasn’t long after her first birthday that Martha found her way to Holy Angels. Day by day, month by month and year by year, Martha did more than just exist and survive – she thrived in ways that no one saw coming.

One reason for that could be because she’s been surrounded by great people her entire life – loving parents and brothers, dedicated caregivers, a supportive community and some of the best doctors around. However, the one thing the doctors and the experts haven’t ever been able to quite measure or quantify when it comes to Martha is her love of life and her will to live.

Enjoying the story? Get online exclusives plus articles from the print magazine every Tuesday

Martha’s mother, Meli, credits her daughter’s integration into the community as a big piece of Martha’s success. For nearly 30 years, Martha has had the opportunity to live, work and play within the community in which she lives. Martha has been part the fabric of life in and around the Belmont area for a long time. Not only was she one of the first residents to move into a community group home, she was also one of the first residents to begin working as a supported-employee at Cherubs Cafe in Downtown Belmont. Martha also has served in a volunteer capacity at Page Elementary as a teacher’s assistant

And who couldn’t love someone like Martha? Her love for life is so contagious. Even despite her medical setbacks and challenges, she continues to not let her disabilities stop her from living and loving life.

And that’s why this 50th birthday party celebration was so special. They say it takes a village. And maybe it does. Between her family, her Holy Angels family and the community at large, Martha has become the amazing woman she is today.

Despite being blind in one eye, and nearly blind in the other, having a heart condition and all of the other devastating medical setbacks, she hasn’t stopped living.

At 50, Martha is still living and thriving, albeit a little slower than in years past. She still works a partial schedule and can be found at the new Spruced Goose Station retail shop in McAdenville making candy bouquets. However, due to her limited eyesight, you can usually find her with a walker most days. It comes in handy especially when she’s navigating in unfamiliar places.

But on the day of her party, the walker was there, but it was barely used. This was her day, dammit, and she was going to make a splash one way or the other. After all, you only turn 50 once.

That’s the way it should be done – especially when you’re 50 and fabulous!

(Disclosure: Ben Dungan is a full-time employee of Holy Angels.)