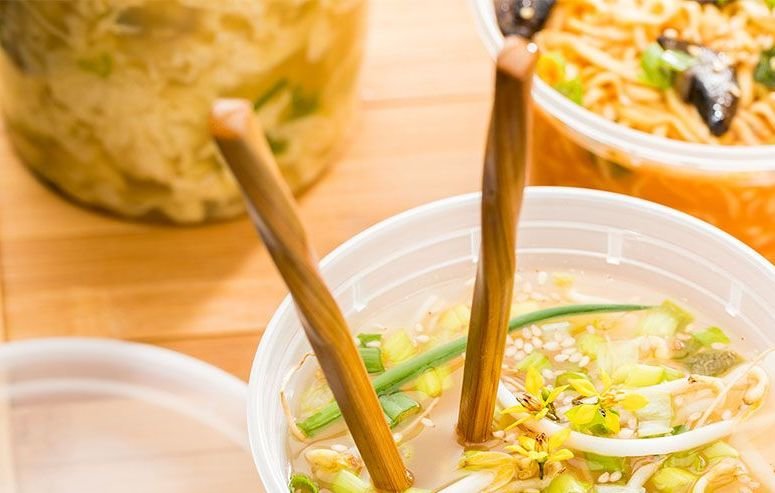 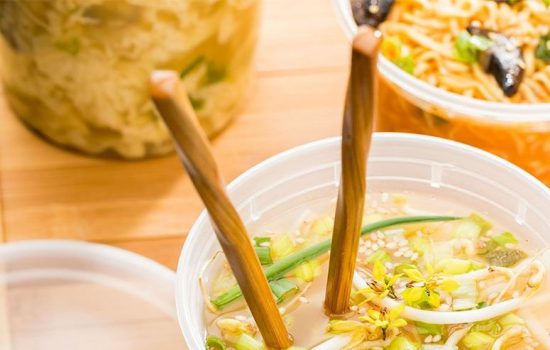 The year was 1993. A man named Meat Loaf topped the music charts in 28 countries with the song “I’d Do Anything for Love (But I Won’t Do That)”.

It’s been over 26 years now and after 67 million views on the official Youtube video, no one had been quite sure what the word ‘that’ means in the song – until now. I finally figured it out. Mr. Loaf won’t give up his personal collection of Chinese food soup containers.

With a name like Meat Loaf, you’re bound to have leftovers from time to time, and thus, you need something to store said leftovers in. Nothing does the job better than the Chinese food soup container. 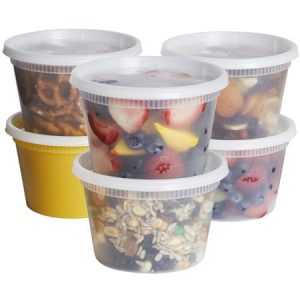 You know the ones – the “no frills-no spills” translucent 16-ounce containers that at one time transported your Wonton soup from your favorite Chinese restaurant safely and effectively back to your house.

These containers may not have the brand recognition of Tupperware, but these just might be better than Tupperware. At least you don’t have to attend a party to acquire them. You just have to order soup to go at the Chinese restaurant.

When two people come together and decide to merge their lives under one roof, some things have to go. You have to make room for the other person’ stuff. Relationships are all about give and take. Or in my case, keep or trash.

So when my girlfriend told me my food storage collection had to go, I was in full agreement. Except, for my Chinese food soup containers.

I would do anything for love. My girlfriend knows that. But I won’t do that. I just can’t part with them. They are the best. Easy to find. Easy to match the lid and the container. Stacks well and the lid is always secure. No second guessing with these guys.

You can haul solid food or soup again. Their tag line could be “No frills, no spills, no worries.” 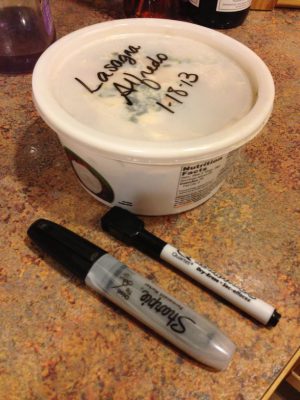 They’re not sexy. There’s no fancy labels. No fancy colors or designs. No fancy layout. Just your basic round 16-ounce container – the perfect portion size for any occasion.

We never ate Chinese food when I was a kid. But we apparently loved to eat Cool Whip. My mom would always save the Cool Whip containers for the same reason I save the Chinese food soup containers. They were also easy to match up the lid and the container, they were stackable and the lids were always secure. However, there was one problem – you couldn’t see through them.

My mom would work around that issue. She would find a permanent marker laying around the house and would simply on the lid. It might say “Mac & Cheese”, “Spaghetti” or even “Meatloaf”.

Growing up in my house, you just knew a Cool Whip container in the fridge never meant you actually had Cool Whip. All you knew was that at some point in the past you probably had Cool Whip, but not anymore. It meant you had leftovers.

So my girlfriend and I did what all great couples do at the end of the day – we compromised. I kept my Chinese food soup containers, and she decided to go out and buy the colorful 20-piece Glad Matchware Variety Pack featuring what the product description calls a ‘charming design’ on each container. Mine are just functional. Hers are functional and pretty.

Which brings to mind something that I’ve known for a while, but needed the reminder. It was Chris-in-the-Morning, the wise and quirky radio DJ from the hit television series Northern Exposure that offered this important piece of advice to a friend who was trying to understand women. Chris said, “What do women want? Same things we do, only in prettier colors.”

Take heed, fellas. This is the secret to a happy home.

Decorating Your Home For The Holidays