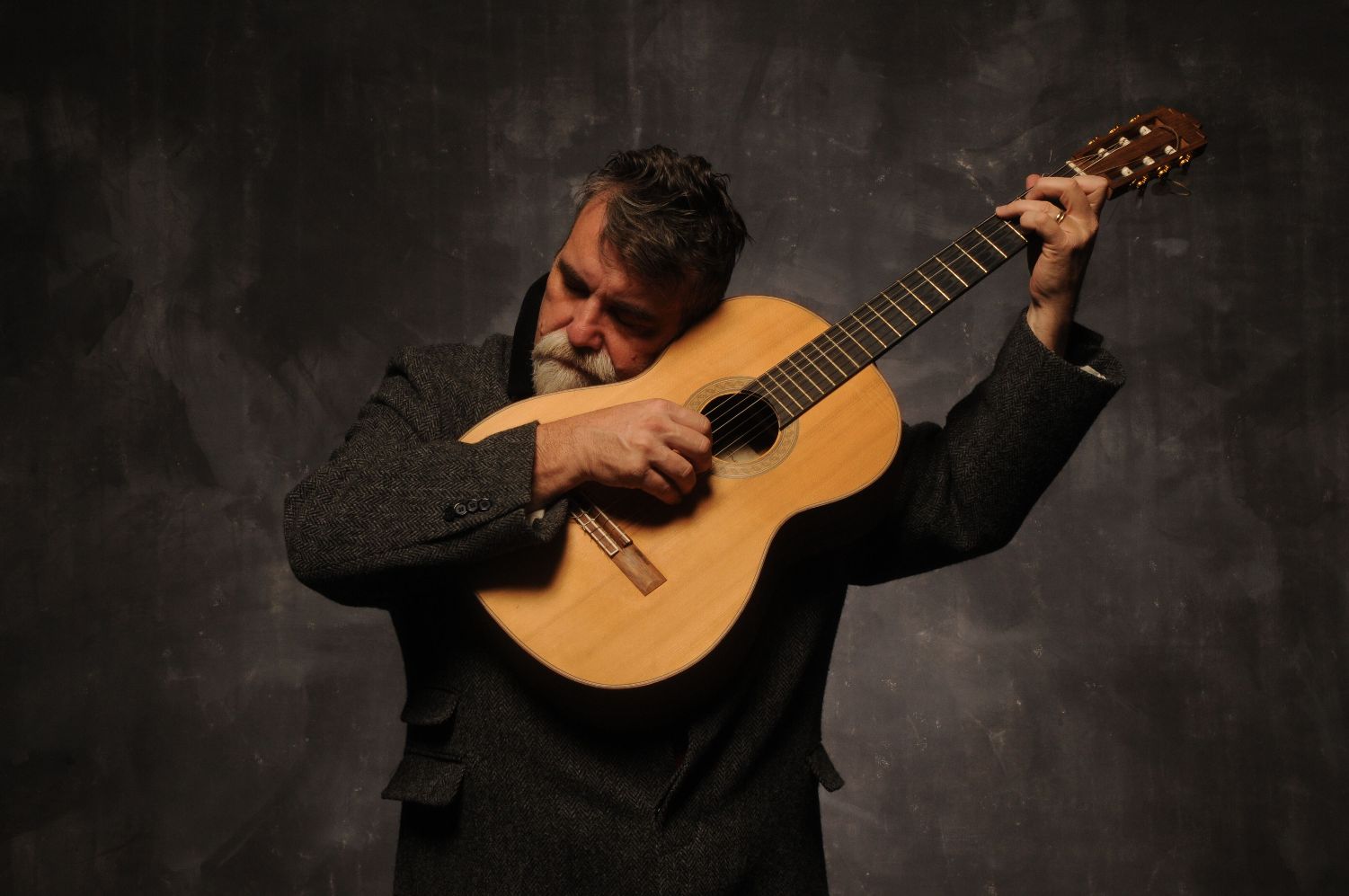 Darrell Scott will be preforming at the Lost Hollow Music Fest at Daniel Stowe Botanical Garden Sunday, October 14th. We caught up with Darrell as he was between gigs in his camper, with his dogs in the back seat, driving across rural Minnesota.

Darrell Scott has had a storied career, touring with Robert Plant, Tim O’Brien, and currently opening for, and playing with, the Zac Brown Band. He’s written songs for mainstream artists, including Travis Tritt, The Dixie Chicks, Zac Brown, Brad Paisley and Sara Evans, all the while bringing his soulful vocals and special flat pick/fingerstyle playing style to his own gigs.

GA: Where have you played in the Charlotte area?

Darrell: I have played at the Neighborhood Theater, at McGlohon Theater many times,
and the US National Whitewater Center several years ago.

GA: One of your most famous songs is “You’ll Never Leave Harlan Alive”, which was the theme song to the series Justified. Were you born in Kentucky?

GA: So you attended Tufts college-there is quite a who’s who list of graduates.

Darrell: Yeah, I majored in English and Philosophy, but really focused on poetry. I was 23 when I started college, a little older than others, and I kind of already had music for years and years, and I didn’t want music to take the focus. Oddly enough I chose English as a major, but then joined that with music, and that’s called song writing, so it was a natural fit. I didn’t know that at the time, but after all that work on poetry, it completely turned my song writing around. It made me a much better
writer. I wanted to do better work, better lyrics, better words.

GA: So your dad was a musician?

Darrell: He was very much a Kentucky born and bred, simple… mountain music, country
music; he was a laborer. Music to him was the thing he loved, but he didn’t make his living with that. Later in life, when I was 14 or 15 he realized that was how he wanted to make his living, and what that meant was playing local bars playing country music. Which is partly how I came play music too, was through his band.

GA: Was your mom a musician?

Darrell: My mom and dad divorced when I was young, and then got married again to each other, and then divorced again, so there was a lot of weaving in and out. But she loved country music as well, and she was a singer. I had a thorough education in country music through my mom and dad.

GA: Do you still play with your family?

Darrell: We do gigs every couple of years. All my brothers are on the west coast, I grew up playing in a brother band and playing with my dad. I have four brothers, so there are five of us altogether, and we all play music. Music was our hobby growing up as a family, instead of bowling or little league or football.

GA: Tell us about Driggs the dog?

Darrell: Well, actually they are in the truck right now. I have another dog called Miller- they’re both Australian Shepherds. Right now we are in our camper, so when the jobs and gigs make sense, probably when we play the gig you are writing about we will have the camper and the dogs. 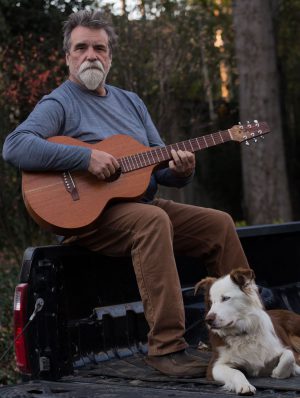 GA: How do you write songs?

Darrell: Basically it’s being attentive and observing, and what makes me grab an envelope or a McDonald’s bag or a tablet or a guitar, is when something is stirring in me. So the first thing that happens is the inspiration. And then in could be a tune, or lyrics or a title, it could be a number of things. But otherwise I don’t make myself write unless I get that inspiration, and then pretty much I have to write.

GA: As you have gotten a little older, how has song writing changed?

Darrell: I would say that I write less, is what I notice. I don’t know if that’s a phase or that’s just how it’s going to be.

GA: Do you still enjoy music and performing?

Darrell: The travel is a grind, that’s why I try to make it as enjoyable as I can. Like right now we are in the camper, and the two dogs are in the back seat. We stop to have a picnic, and go to museums and art galleries. I try to make a journey out of it, because otherwise the travel is ridiculous. I love playing music, when I get a guitar in my hand or start singing, it makes it a special event, more than driving in the truck.

GA: How many guitars do you own?

Darrell: Well, if we include guitars, mandolins, banjos, dobros, all that, I’m pretty certain I have over 100 instruments- they are safely locked up!

GA: Talk about doing a tour with Tim O’Brien.

Darrell: We did years of travel; it’s been a long time, maybe 4 years ago. We put out three albums during that time. Right now I’m traveling with the Zac Brown Band.

Darrell: I open the show solo, and then I play in the Zac Brown Band for the rest of the night. I’ve done the side man thing here or there. Mostly what I do my own, but every once in a while there is something compelling about being in a band or a project that I can’t say no to. Robert Plant was one of those.

GA: What was the first big song of yours that you heard on the radio?

Darrell: The first time it really hit was when the Dixie Chicks did “Long Time gone”. The first time I heard it was in the car with the kids…it was pretty impactful.

GA: So did you go out and buy a new Cadillac or at least a new guitar?

Darrell: No, but the first time I had a Garth Brooks cut I did renovate my kitchen.

GA: If you hadn’t been a singer songwriter, what career would you have chosen?

Darrell: For years I thought maybe I would have been a truck driver, but now later in life I think maybe a cook.

GA: Who do you listen to?

Darrell: I listen to a North Carolina guy named Malcolm Holcombe- I helped produce
his previous album. And then I listen to pretty much anything I can get my hands on.