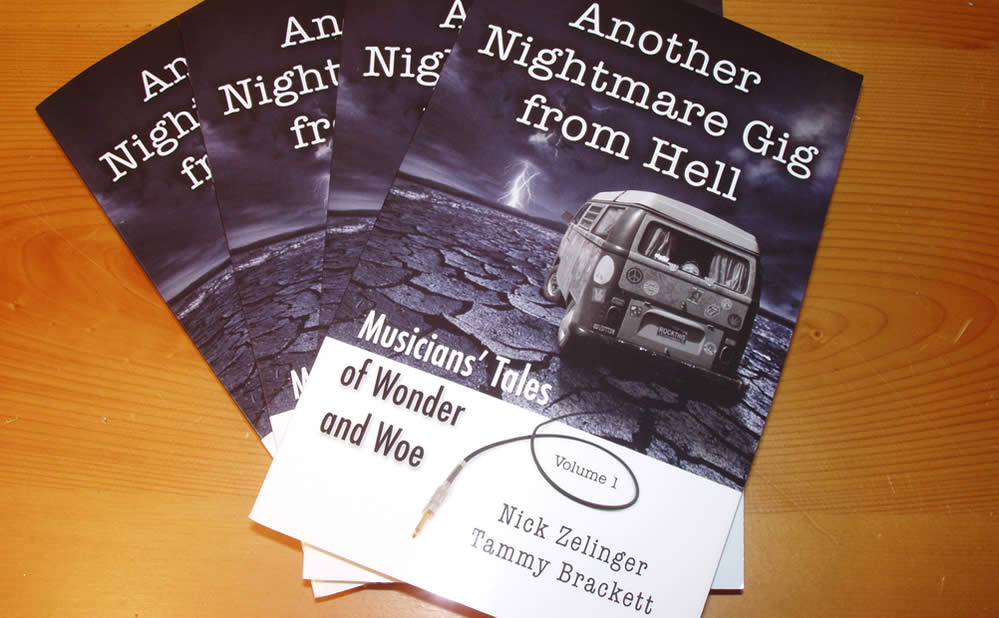 If everything in life went according to plan, things may be easier, but it sure would be boring. Predictability may be preferred, but let’s face it, the times in our life when things went just a little haywire is what we remember most.

There once was a man named Murphy, and he had a law. He stated that if anything could go wrong, it probably will. Now, I don’t know much about this Murphy fellow, but I would bet he was in the music business at some time in his life. And chances are if you are in the music business, your band has probably opened up for him a time or two before. Here’s a little word to the wise – if you’re a control freak, don’t get into the music business.

If that doesn’t convince you, then I have over forty stories of how things can go awry. They are all nicely compiled in a brand new book entitled, Another Nightmare Gig From Hell, by Nick Zelinger and Belmont native, Tammy Brackett. Tammy Brackett has been in the music business for almost her entire life. She’s been on the touring and performing end of things, as well as the behind-the- scenes/business side of things. Tammy is currently the owner of Moonstruck Promotions, where she is involved in all aspects of the music business from career development to band dynamics.

Since Tammy has lived and breathed all things music for the bulk of her life, she brings a lot of stories of her own to the table. It wasn’t long ago when a mutual friend introduced her to Zelinger. He had this idea to compile great stories from other hardworking musicians who make a living playing music. Together, he and Tammy began to solicit these wild and crazy stories and compile them in a fashion where music and non- music people could enjoy them.

They say adversity introduces a man to himself. No matter what path you decide to embark upon, there is no guaranteed it will be paved. The music industry is no different. At the end of the day, it all comes down to passion. It’s the love of the music that gets musicians through the tough times.

Another Nightmare Gig From Hell, may sound like a collection of negative and depressing stories from the road. It’s not that at all. It’s touching. It’s uplifting. And even better, it’s funny. It’s life as it happens between the music. I like to think of this book as Chicken Soup for the Musician’s Soul…After Their Nightmare Gig. But something tells me that title may be already trademarked.

To learn more about Tammy Brackett and her new book, Another Nightmare Gig From Hell,
visit her online at www.nightmaregig.com.

Gene Gene And The Blues Machine