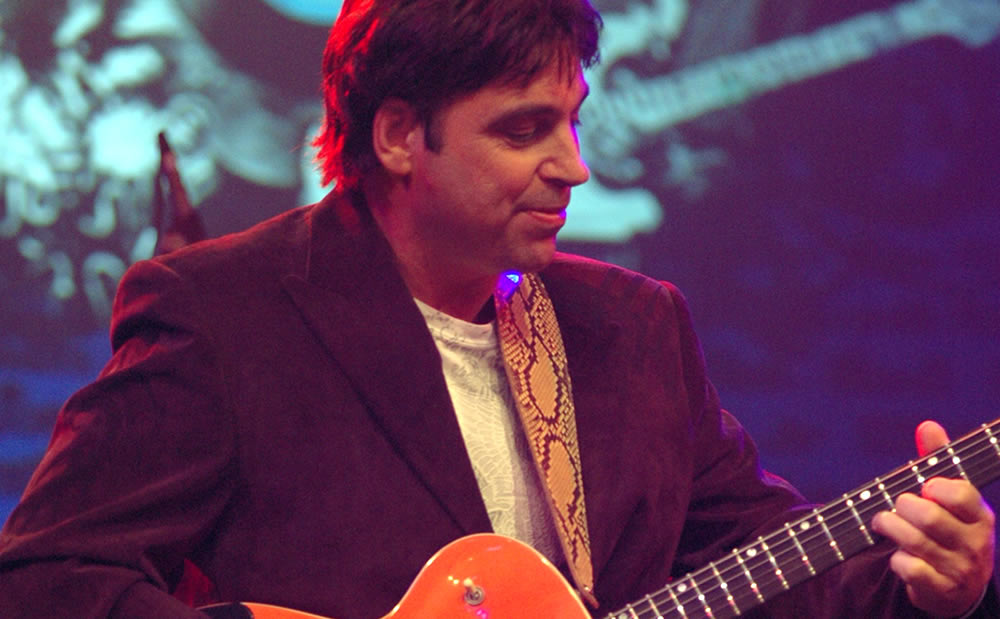 There is something special about a new year. It’s fresh and new – almost like a clean slate where one can start all over again. And if you had the year that Tony Rogers did in 2011, you’d be ready for a new year too.

Tony lost his wife, Robin Rogers, to liver cancer in mid-December of 2010. And at that time, the hope and promise of a new year was probably the farthest from his mind. He was just trying to survive.

If you rewind back a little over ten years ago, it was Robin and Tony Rogers making a big splash on the local music scene. With Robin’s heart-stopping vocals, and Tony’s guitar expertise, these two accomplished quite a bit in such a short period of time.

But it all came to an end when Robin passed away on Dec. 17, 2010. On that day, everything changed for Tony. It changed in ways most of us can not even imagine. Not only did Tony lose his wife and his best friend, but he also lost his musical and business partner.

So as you would expect, 2011 was a year of healing for Tony. It’s like they say – adversity introduces a man to himself. And after talking with Tony recently, it’s clear to me that he is ready to get out and make music again. And this time, he says it’s going to be on his terms.

This time around he is not going to worry about keeping record labels and booking agents happy. At this time in his life, he knows what makes him happy– learning and evolving in music.

This year officially kicks of that evolution. 2012 is the year that Tony moves from stage left to center stage. The way he figures it, if he can play and perform solo, he can do anything.

There will always be a need for talented guitar players. Tony knows he can always fall back to being a guitar player for hire if he wants to. That’s why his decision to go solo is so important. After all, if you can go it alone, you’ll always be able to make a living.

Tony has been playing in front of live audiences for many, many years. But with the spotlight shifting solely on him, he will be forced to tackle a new set of challenges he hasn’t had to face until now.

But he’s ready. And he’s motivated. I believe Tony knows good things are around the corner for him. He has hope. And as they say, hope produces movement – a new musical movement for 2012. Try to catch it, when it comes to your town.

Tony Rogers will be appearing at Freeman’s Irish Pub in Gastonia on Wednesday, February 1 at 8:00 p.m. For more information on future performances, friend him on Facebook.com.

There is no better time than right now to be a...