They say the pen is mightier than the sword. But in 2011, as communication mediums continue to collide, the video camera may just be a little bit mightier than the pen. If not mightier, it may be more influential in today’s world.

We live in an attention economy. There are messages all around us competing for our attention. If a message can’t grab our attention, then, unfortunately, that message gets lost.

That may be exactly why April Denee has traded in the pen for the film camera. Denee has been a writer all of her life. It was about a year and a half ago when she decided she was going to tell her stories as a filmmaker instead.

The written word can be powerful. So can still images. But when you weave all of the communicable elements that the world of film documentaries offer, it opens up a whole new way of telling stories.

And that’s what Denee is wanting to do – tell a story using the power of film. That’s what’s led her to her latest project. She is using her artistic ability to tell the story of artists of another kind – artists of the busking kind.

Merriam-Webster defines busking as playing music or otherwise performing for voluntary donations in the street or in subways. One of the first things Denee discovered when learning about the art of busking (or street performing) is that it’s not just limited to just music. It can be any type of artistic performance
including juggling, dancing, painting, and more.

But what caught her attention even more so had nothing to do with the busking itself, but rather the response that the buskers received. That response came in different forms from various groups of people.

Denee’s first documentary, BUSK!, is currently in post-production at the moment, and she hopes to have a rough cut by the end of the year. In the meantime, Denee plans to do other things locally to raise awareness of these street performers. She has already organized two busking events in downtown Charlotte and is considering a third at some point.

Her ultimate goal of the film is to raise awareness of these street performers. She wants to show the value they bring to big cities all over the country. She wants people to know that art is available beyond the walls of a gallery, theater, or
concert hall.

Paradigm shifts don’t happen over night. But after the release of BUSK!, she hopes it moves viewers to look at street performers in a way they haven’t previously. And
hopefully down the road, they are moved in such a way that they take action.

For more information about BUSK!, visit the movie’s website at www.buskmovie.com. 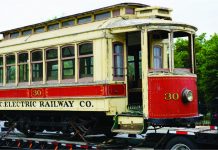 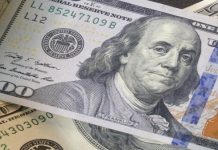 Gaston County employees in the $$$

7 Cool Airbnbs in the N.C mountains