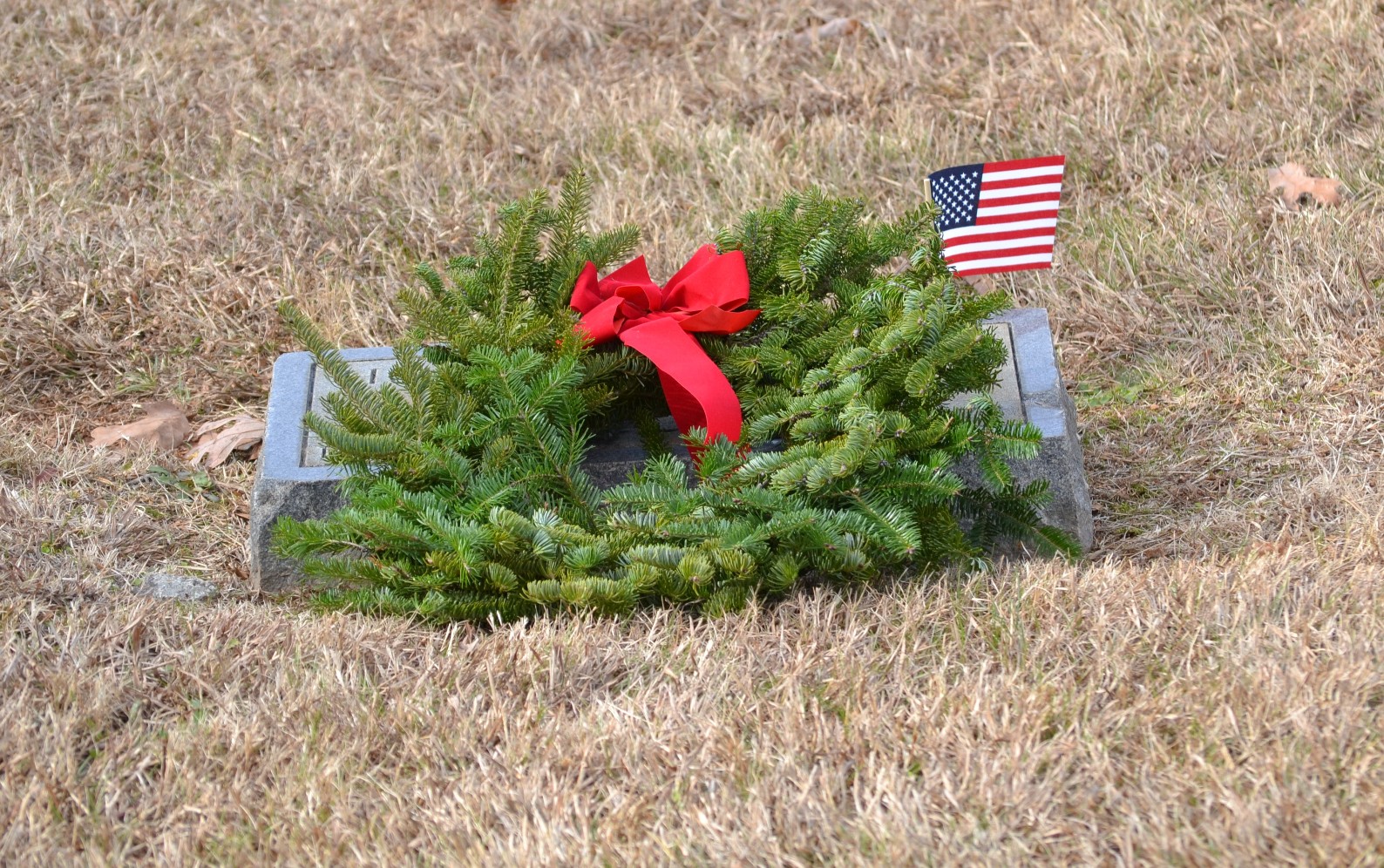 It all started 25 years ago with one guy and some surplus Christmas wreaths. Morrill Worcester, owner of the Worcester Wreath Company, decided to make the 730-mile trip south to Arlington, Virginia from his home in Harrington, Maine to lay these wreaths on some of the graves at Arlington National Cemetery.

And just like that, a Christmas tradition was born.

That’s the beauty of a Christmas tradition. Everybody has them. Some make sense and some don’t. And that’s OK. They only have to make sense to you. After all, it’s in these traditions that help make the holiday season that much more special. In 2007, this Christmas wreath-laying movement officially became a nonprofit better known today as Wreaths Across America. This month, there will be wreath-laying ceremonies not only at Arlington National Cemetery, but also in over 1,200 additional locations across the country.

And thanks to the efforts of the Gastonia Composite Squadron of the Civil Air Patrol, Gaston County will be represented also.

The Civil Air Patrol is an all-volunteer organization comprised of youth and adults that provide additional help and resources to the U.S. Air Force, especially in the area of continental U.S. inland search and rescue missions. In addition to this, the adult volunteers also serve as mentors to the young men and women participating in its Cadet Programs.

The Gastonia Squadron currently has 27 active members in its Cadet Program, ranging in age from 12 to 21 years old. Think JROTC, except they are not affiliated with the school system and they meet once a week all year round.

This group will be hosting their third annual wreath-laying ceremony at Oakwood Cemetery in Downtown Gastonia on Saturday, December 16 at noon. Oakwood Cemetery features gravesites for 79 veterans that go as far back to the Civil War, but also include most conflicts up through World War II. The remaining wreaths not used at Oakwood Cemetery are sent to Arlington.

1st Lt. Sue Beutler, the Public Affairs Officer for the Gastonia Squadron, saw that this event was taking place in other areas but noticed that there wasn’t one in Gaston County. She saw it as a great opportunity for her group to get involved and make it a yearly tradition.

The Wreaths Across America’s mission is to Remember, Honor and Teach. That mission fits nicely into the mission of the Civil Air Patrol of supporting America’s communities.

“Our highest goal is to develop young men and women of integrity to carry on the legacy of those we honor, whether it be in military service or otherwise,” said Beutler.

That’s the beauty of this wreath-laying ceremony – it brings people of ages together. No matter who you are, where you are from, or whether you have any military service in your background or not, everyone is welcome. It’s a great way to teach the younger generations the importance of remembering what these veterans did. But for adults, I think it also serves as a strong reminder for us as well – especially when we get caught up in the swirl of Christmas busyness.

Because as we all know too well, the Christmas to-do list is neverending. Christmas traditions can be an amazing blessing. But they also can become a burden. When it becomes just another present to wrap, another batch of cookies to bake and another party to attend, maybe it’s time to evaluate it.

Saying yes to one more thing may feel good, but fulfilling that ‘yes’ can be overwhelming. This Christmas, I challenge you to reevaluate those Christmas traditions you do just because you’re suppose to do them. Ask yourself, are they draining your holiday gas tank or are they feeding your soul.

It’s never too late to retire an old Christmas tradition and start a new one. Let the Gastonia Composite Squadron of the Civil Air Patrol help you hit the pause button on the holiday madness this year. Let them help you honor and remember this Christmas.

And while you’re at it, lay a wreath.

To learn more about the Gastonia Composite Squadron and the wreath-laying ceremony
at Oakwood Cemetery in Gastonia on Saturday, December 16 at noon, visit them online at www.gastoniacap.us.

One Room at a Time

Cooking With The Glenns – Strawberry Mille-Feuille