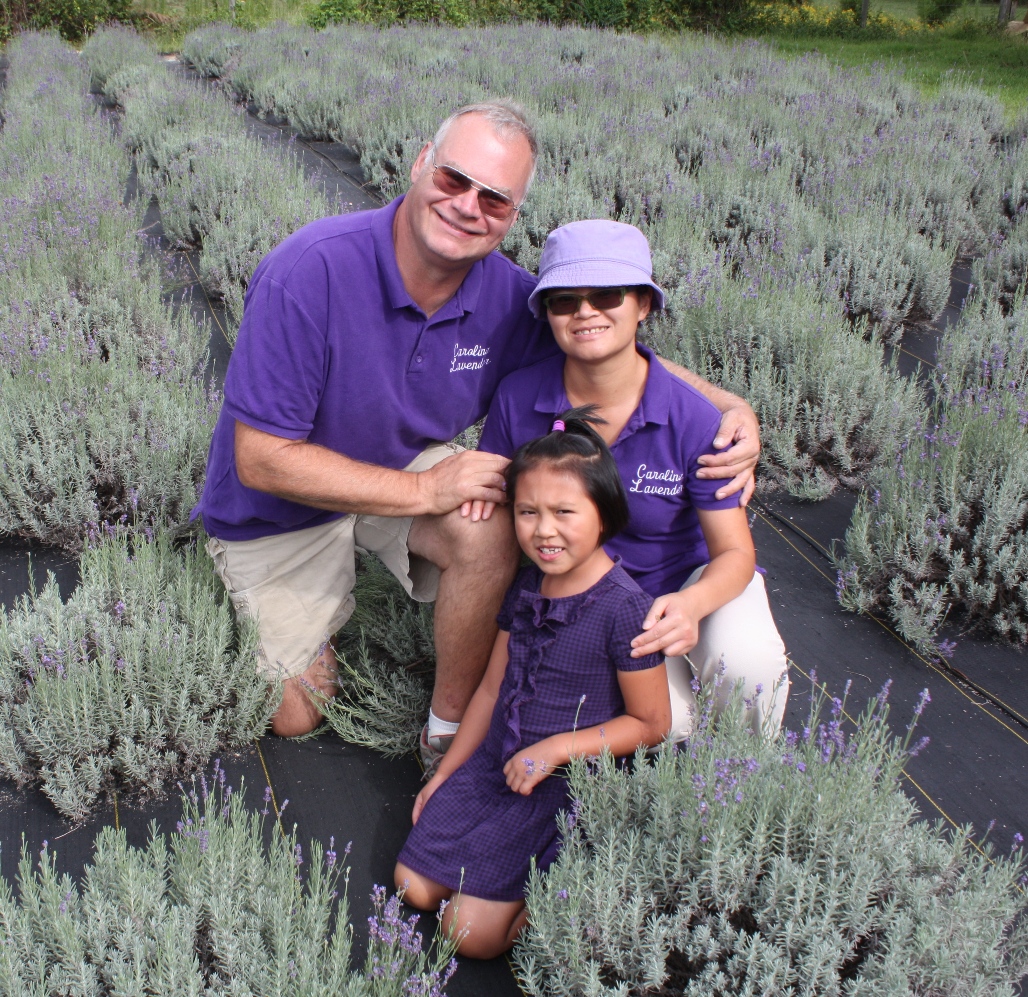 Ask any kid what they want to be when they grow up, and you’ll hear a common set of responses – police officer, teacher, doctor and lawyer – just to name a few.

What about a farmer? Farming sounds great at 9-years-old. It’s like Dwight D. Eisenhower said many years ago: “Farming looks mighty easy when your plow is a pencil and you’re a thousand miles from the corn fields.” When the bugs are biting, and the summer heat and humidity have worn you down, that doesn’t sound mighty easy at all.

As kids, we are good at the what. We aren’t so great at the why. At least not yet. That comes much later on, as life experience is acquired.

I wonder how a 9-year-old John Rowley would have answered that question. Would he have said farmer? Would he have ever thought he would one day be an actual farmer? That grows lavender?

Life is funny that way. The life we imagine in our heads rarely matches up with the one we end up with. And that’s not a bad thing – it’s just how it is.

One thing leads to another and the next thing you know, you’re 59 years old and you own a lavender farm. But this isn’t a one-man show. John has enlisted his all-star team: his girlfriend, Sue, and her daughter, Joy. Collectively, they make up what is now known as Carolina Lavender.

Located in South Gastonia, the Carolina Lavender operation has been underway a little over a year. They currently grow five different varieties of lavender, some of which are grown for their oil production, while others are bred more for their ornamental or culinary qualities.

One thing you’ll learn from John pretty quickly is that he embraces a good challenge. He’s never owned a farm before. In fact, he had never driven a tractor before – that is, until he bought one. His time in the corporate world called for a lot of things, but I doubt it required tractor-driving skills.

Look up the words ‘due diligence’ in the dictionary, and a picture of John will be right beside it. He began looking into the idea of growing lavender in early 2015. After a solid year and a half of research, it was time to plant.

It’s one thing to be passionate about what you do, but more importantly, I think it helps to not be afraid to make mistakes along the way. Many people would find this venture quite daunting – maybe even impossible. Not to John and Sue. They didn’t let inexperience and fear get in the way of achieving their dreams. As a result, they’ve all become experts. They’ve had to – it’s just the three of them. They are a true-to-life startup, making the most of what they have.

John refers to Sue as the “harvester-expert”, while he thrives on those meticulous details that goes into operating a farm. Little Joy jumps in with both feet, soaking up everything she can while still lending a hand where needed.

The first full growing season is coming to an end, and they’ll be making their second and final harvest of the season any day now. The hard work never ends. That’s the one thing that caught John by surprise.

But it’s truly a labor of love for John and Sue. It only takes one visit with them to realize this. Their satisfaction comes from not only making the best products they can, but interacting and connecting with their customers.

Those products can be found most Saturdays at the Charlotte Farmers Market. That’s where you’ll find their essential lavender oil, dried flowers, lavender-infused honey, and more. You can even grab a cup of refreshing lavender lemonade or lavender cranberry punch to quench your thirst.

It just so happens that the people he connects with these days the most are the folks that are
interested in all the beneficial things you can do with this little plant called lavender.

Whether it’s on the farm, or at his booth at the Charlotte Farmers Market, John is passionate
about spreading his love and passion for lavender. And it shows.

More information about Carolina Lavender is available by phone at 704-616-7114 or online at www.facebook.com/CarolinaLavender.

Parting Thoughts: Summer is Time for the Kids to be …...